It’s no secret that the clamor for cross-platform play between Xbox, Playstation, and PC has enraptured the gaming world over the past few years, and Conan Exiles is no different. Exiles across The Exiled Lands and The Isle of Siptah have been requesting Cross Platform for a long time, but is it indeed in the game?

Is Conan Exiles Cross Platform? Today we’re looking into crossplay in Conan Exiles, checking if it is possible, and the future of gameplay between the platforms. So, with that, let’s get started.

What is Cross Platform? 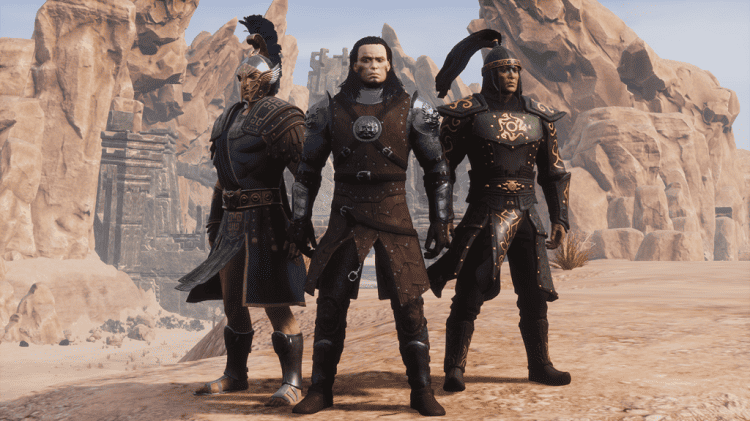 For clarity, I should preface the definition of what Cross Platform is. Most would agree that the term ‘Cross Platform’ and ‘Crossplay’ are interchangeable, and generally refer to gamers on different platforms playing the same game together. Usually included in the conversation are Xbox, Playstation, and PC.

Some people have a different view on crossplay. For many, especially in the 2010s, crossplay was a lofty dream that Xbox and Playstation folk could join together on the same game to play together.

As the console wars waged between Microsoft and Sony throughout the decade, crossplay was an afterthought. At the time, gamers were concerned with gaming technology improvements, console exclusives, and simply playing with their friends.

Towards the end of the 2010s and into the early 2020s, the wheels of crossplay began to ramp up as more people wanted to break down the barriers that separated Xbox and Playstation.

This eventually came in bits and pieces, with various games eventually allowing Playstation and Xbox gamers to finally join each other and play games together.

As crossplay became increasingly prevalent through some of the fan-favorite games, many players wanted to also crossplay with PC players.

This became a point of contention for some, due to the difference in input methods. Regardless, many games eventually adopted full crossplay between PC, Xbox, and Playstation, including popular products like Overwatch, Vampire The Masquerade: Bloodhunt, Rocket League, and many more.

What Platforms is Conan Exiles Available on?

Upon its initial Early Access release in early 2017, Conan Exiles was previously only available on PC. After the game left early access on May 8th, 2018, Conan was then made available on the Playstation 4 and Xbox One.

As of October 2022, Conan Exiles is still available for those platforms, alongside an enhanced version of the game for Xbox Series S and Xbox Series X, released in June 2021.

On PC, Conan Exiles is available on the Steam and Epic Games storefronts, alongside a PC version available on Xbox Game Pass.

Does Conan Exiles Have Crossplay? 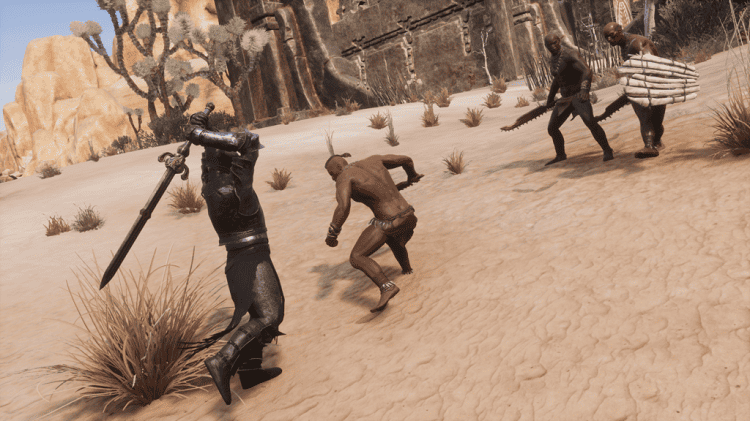 In short, no. As of the time of writing, Conan Exiles, unfortunately, does not have crossplay. Many players have been requesting crossplay in Conan Exiles for a long time. This isn’t limited to simply Playstation and Xbox of course, but many players would like to see crossplay between Playstation, Xbox, and PC.

That being said, some form of crossplay does indeed exist within Conan Exiles, though it’s not as many would desire. Currently, players using the Steam launcher can crossplay with those using the Xbox launcher. This is an incredibly common feature, so it’s not surprising that it is included in Conan Exiles.

There is also a PC version of the game that exists on Xbox Game Pass, though as of now, there appears to be no information on if they play with PC players or consoles. I would hazard a comfortable guess that they play alongside Epic Games and Steam players, but it doesn’t seem possible to confirm that.

Why does Conan Exiles not Have Crossplay? 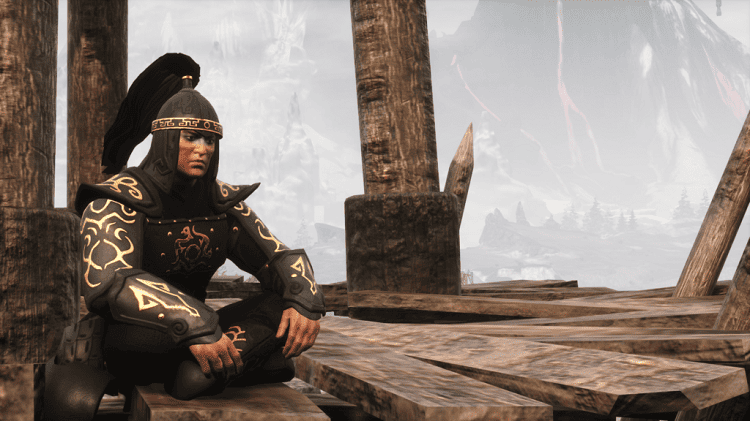 It’s hard to say why Conan Exiles does not have crossplay. It’s no secret that Funcom has been somewhat slow on the uptake before with fan feedback, but since the release of The Isle of Siptah expansion, they’ve been a lot more receptive. Since then, they’ve added plenty of player-requested features.

That includes mechanics to emulate mods, such as transmog options for armor, removing building restrictions from NPC camps, etc, and also much-needed revamps like reworking skill mechanics and changing the building system.

Sometimes developers are just lazy toward what their community wants, but I don’t think that’s the case with Funcom. I believe the lack of crossplay is likely due to some behind-the-scenes issues that may exist between the various publishers and platform developers that exist within the industry.

Sony and Microsoft, while they may have worked together before, are indeed competitors, and that competing nature may stifle some efforts like crossplay or mods on console.

Another main reason is likely due to Conan Exiles having more pressing issues. We all love Conan, but I’m sure most would agree it’s far from a perfect game.

Many issues exist within the game that needs to be rectified before crossplay becomes a priority, and fortunately, Funcom has been making steps toward rectifying said issues.

One of the largest complaints about Conan Exiles has been the lack of regular content, and that has indeed been a major problem, but Funcom has put systems in place to introduce regular content over the coming months and years.

At the core of the issue, I think the main reason that Conan Exiles is lacking crossplay is simply that bigger issues exist within the game that needs to be addressed first before the game can be opened up to crossplay between Playstation, Xbox, and PC.

Will Crossplay Ever Come to Conan Exiles?

Eventually, I believe that crossplay will eventually get introduced. For the health of the game, crossplay would be a good thing. I believe it would bolster player numbers and increase the number of people playing on the often underpopulated official servers.

I doubt Funcom will rule out crossplay too. They are at least aware that players want to see crossplay in their game, but as mentioned earlier, there are bigger issues at hand.

Funcom will likely keep crossplay on the back burner until those more important issues have been fixed. Ultimately, the decision lies with Funcom, and what they decide to be good for business and the game.

What are the Upsides and Downsides of Crossplay? 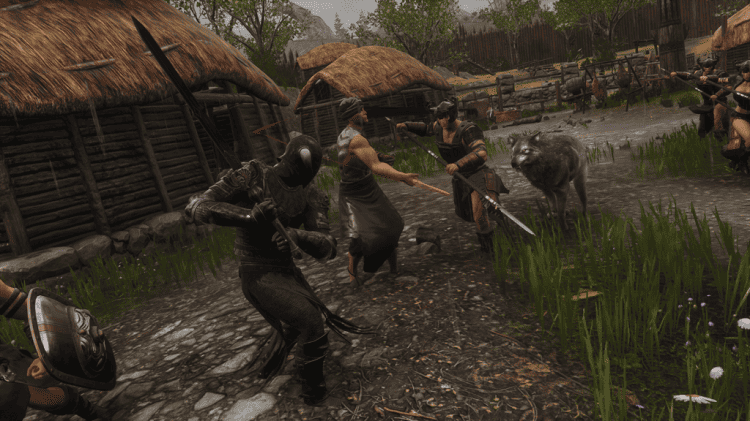 Usually, crossplay is a fairly unobtrusive decision. People get to play together, have fun, and things are generally great. However, some games have seen resistance to the idea of crossplay. This kickback is mainly centered on first-person shooters like Overwatch, Apex, Call of Duty, etc.

Call of Duty came up with a fairly good alternative to that issue. For example, Modern Warfare 2019 was fully crossplay with all platforms, including PC, but lobbies were determined by input method.

Some would say that PC players may have an advantage in terms of aiming a bow and in-game performance, but the downsides are minimal. I do believe that crossplay would fit very well into Conan Exiles.

Answer: Unfortunately, this doesn’t seem to be the case. From what I’ve heard, the Xbox Game Pass version of Conan Exiles doesn’t have access to any mods, and thus cannot be used to play on servers using Steam workshop mods.

Question: If Crossplay does Come to Conan Exiles, will We Get Access to Mods on the Consoles too?

Answer: That’s a really tough question. Mods on consoles have been a heated debate for a while, reaching their peak with Fallout 4. I think that Funcom would love for the consoles to have access to the great mods on the Steam Workshop. However, that being said, I’m not sure how realistic a prospect it is.

Question: How Would Crossplay Affect Future Updates and Quality Control?

Answer: Well it’s not a great secret that Funcom’s quality control isn’t perfect sometimes. Update 3.0 had some terrible issues on the consoles at release, whereas the PC had a fairly smooth launch, all things considered.
This could cause future issues, so Funcom would need to improve its quality assurance before crossplay is actively worked on.

Unfortunately, Conan Exiles simply does not have crossplay. Gamers on Steam and Epic Games can play together, and it’s likely that the Xbox Game Pass PC version of the game can too.

However, it seems that consoles and PC are doomed to be kept separate for at least the foreseeable future.

Hopefully, this can change in the coming months for Conan Exiles, as the Age of Sorcery update seems to have given the game some encouraging player numbers.

It’s all down to Funcom and behind-the-scenes dealings with Sony and Microsoft. Here’s hoping we can see crossplay in Conan Exiles sooner rather than later.