Silent Legion is perhaps one of the most attractive and also most intimidating armor sets within Conan Exiles. Available in light, medium, and heavy varieties, the armor is linked within the Conan lore to the Kinscourge, a half-human, half-serpent man combatant that led the Giant-King’s armies against the Lemurians far before Exiles set their feet within The Exiled Lands.

In-game, the Conan Exiles Silent Legion armors are sought after for their decent stats and impressive design and are quite flexible in terms of where they fit within the game. Today we’ll be looking at the Silent Legion armors, how to unlock them, the benefits of having them, and if it’s worth the effort. So, without further ado, let’s get started. 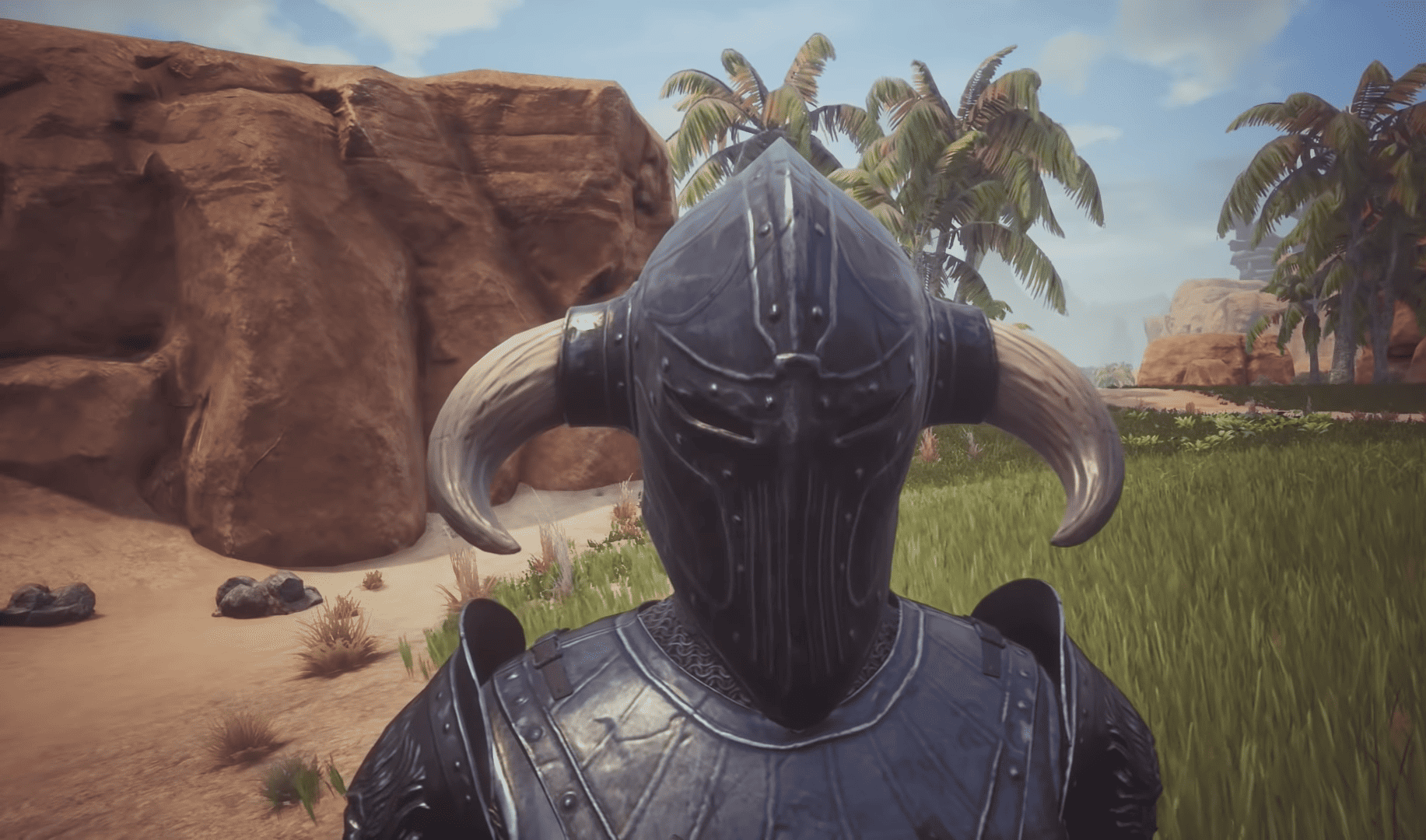 What Is Silent Legion Armor?

Silent Legion armor is a blanket term that covers three separate armor sets, which are the light, medium, and heavy versions of the namesake armor. Artist Frank Frazetta, who gained some fame from creating art of Conan the Barbarian, inspired the design of the Silent Legion set and the Kinscourge with his painting “Death Dealer”. In-game, the Silent Legion set is only available in the “Epic” variety, shown in the inventory with a purple border, generally used to denote an extremely strong armor set.

As such, the Silent Legion set is extremely strong, being fairly impractical for low-level players due to its high craft requirements and weight, but being perfect for Level 60 players in the end-game, where the crafting and maintenance cost can be met more easily and then the burden of the armor’s weight can be negated by the improved stats. So, with that mention of stats, let’s take a look at how the Light, Medium and Heavy Silent Legion armor sets line up in terms of their stats and bonuses. 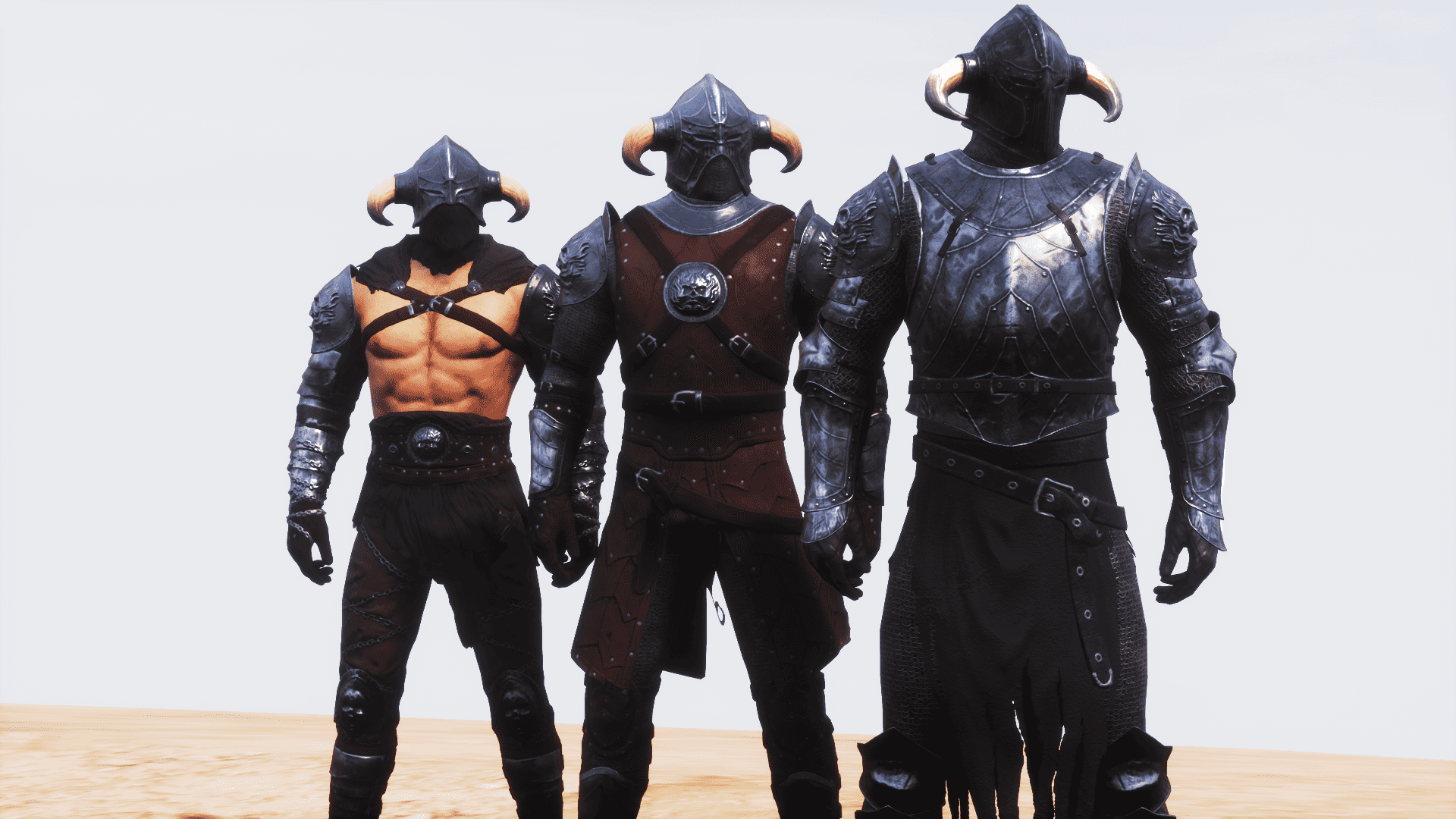 What Are the Stats of Silent Legion Armor?

The Silent Legion armor set breaks down into the three core elements of the set, and that is the Light, Medium, and Heavy varieties. Each armor piece offers a different armor bonus and stat boost, so below I’ll include a list of the three Silent Legion sets along with their relevant boosts and stats.

As you can see from the listed boosts and stat values, Silent Legion is a pretty good armor set that weighs up quite well against other alternatives. I wouldn’t recommend the Light Armour variant, though that’s more my personal choice, as I believe that difference between Light and Medium isn’t worth enough to warrant taking Light unless you build your entire character around playing into the strengths of said armor.

The Medium set is a nice middle-ground for if you want to be reasonably well armored without clunking around in full plate mail, and whilst it is a little heavy, it’s more than sustainable if you build yourself around the way more flexible Medium armor set.

The Heavy armor offers an incredible level of protection, and the bonuses to Strength, Vitality, and Encumbrance are very nice to have if you’re trying to be as strong and tanky as possible, though the downside is of course that this armor set is quite heavy, and if you haven’t correctly built your character, you may need to re-spec into heavy armor a bit more to make this set worth using.

I will admit, I’m slightly biased in the fact that I think the Heavy Silent Legion set is one of the best-looking armor sets in the game, but both the Medium and Heavy sets are very much worth your time and effort to unlock, craft and use.

How Do I Unlock the Silent Legion Armor Set?

This effectively gives the Silent Legion armor set a minimum requirement of Character Level 55, as this is when you can unlock the Star Metal Tools feat. Once you’ve acquired that feat, you’ll also need to conquer The Black Keep and learn how to craft the set by reading the large stone tablet defended by The Kinscourge in the final room within the dungeon. This comes with its own set of challenges, as you’ll have to tackle a few different challenges before you’re able to acquire the feat.

Firstly, The Black Keep is located in the Frozen North in map square F12. It’s not deep into The Frozen North, but you’ll still have to cross the Bridge of the Betrayer and tackle the cold of the area, so you need to come equipped with something to warm you up.

I recommend bringing decent armor that can insulate you against the cold, and also some food or drink that can warm you up. Spiced Tea is a good option, though a lot of the warming foods will work perfectly well to allow you to cross the bridge without freezing to death. Once you cross the bridge, you can activate an obelisk so you’re able to teleport back here. If you don’t already know about Obelisks, you can read more about them in this guide.

Once you begin to ascend to the Black Keep, you’ll need to fight off some undead soldiers, so make sure you have good weapons and armor, healing supplies, and any buff potions you might need. The Black Keep itself is full of traps, puzzles, winding corridors, and enemies so it’s best to take your time and methodically work your way through the keep until you reach the top floor. The final room contains some more enemies, alongside the boss of the area, the Kinscourge.

He’s not too difficult if you’re fairly proficient at combat, and once you’ve defeated him, you can read the stone tablet he was guarding towards the center of the room to learn how to craft the Silent Legion armors and the Kinscourge weapons. The Kinscourge weapons are alright, I’ve never really thought they were outstanding, but they’re nice to have as a high-level option that doesn’t require Legendary Weapon Repair Kits.

The Kinscourge himself also drops the Tears of Two Races, which is one of the six artifacts you’ll need to create the Keystone if you’d like to finish the game in the canon way by removing your slave bracelet.

How Do I Make Silent Legion Armor?

Now that you’ve learned the recipes, you’ve now got to make the Silent Legion armor set. These armors can only be made at an Improved Armourer’s Bench and higher, but assuming you’re level 55 or above, you probably already have one of these workbenches in your base. Being an end-game armor set, the Silent Legion light, medium, and heavy armor can be quite expensive to craft. So, with that being said, I’ll list a table below of the total required items to craft an entire set of each tier of armor.

Of course, if you choose to omit a certain part of the armor in favor of something you already have, the cost will go down slightly, however, this is the maximum it will cost you to craft each respective set.

If you choose to use one of the end-game workbenches, like the Campaign or Garrison Armourer’s Bench, you can reduce that cost even further depending on your choice. The Campaign Armourer’s Bench vastly increases your crafting speed, which given that the Silent Legion pieces don’t generally take too long to craft, isn’t that great of an option in my opinion.

Due to the already-reduced starting point, the crafting costs listed above unfortunately don’t get cut directly in half, but when we’re talking about valuable and sought after ingredients like Star Metal, Alchemical Base, Layered Silk, Perfected Padding, etc, it’s worth having that cost reduction to keep things as cheap as possible for you so you can save materials for repairs or crafting other weapons or tools.

Silent Legion is an expensive set to craft, there’s no denying that, but the high crafting cost warrants such a useful armor set. If you don’t already have one, definitely invest in a Garrison Armourer’s Bench, it’ll help to reduce the high crafting costs of the Silent Legion set and allow you to effectively make future repairs and crafts cheaper.

Some of these resources are quite hard to attain, any seasoned Conan Exiles player will happily tell you that Perfected Paddings, Star Metal, Alchemical Base, Layered Silk, etc are some of the hardest ingredients to consistently attain within the game, so any cost reduction you can get is very much worth having access to.

Question: How does Silent Legion match up to some of the other equivalent armor sets in the game?

Answer: Yes it is. Light and Heavy Silent Legion armors don’t take dyes too well in my opinion, though Heavy is a bit better than Light. Medium Silent Legion takes dyes exceptionally well, and can easily be made to suit your desired color scheme

Question: I’ve seen that Black Knight armor looks identical to Silent Legion, should I use that instead?

Answer: The Black Knight armor is a downgraded version of Silent Legion, even though the Epic version is classed as Legendary equipment. Comparing the Black Knight pauldron to the Silent Legion pauldron, the former offers less protection, insulation, and durability. Due to it being a legendary armor piece, it requires a Legendary Armour Patch Kit to repair rather than regular resources. I’d avoid the Black Knight set.

To wrap things up, the Conan Exiles Silent Legion armor set is one of the most attractive and powerful armor sets in the game, though the requirements to attain it can be quite high. You’ll need to unlock several feats, be at least level 55, be strong and competent enough to successfully clear The Black Keep and you’ll also have to be able to acquire all the important resources to craft said armor.

That being said, if you’re looking for a strong armor set that can help to get you through some of Conan Exiles’ toughest challenges, like Klael’s Stronghold, Silent Legion is a great option for that. It is also pretty good for PvP gameplay, assuming you can meet the high crafting costs. So now you know how to acquire the Silent Legion set, what you need beforehand, and how to craft this impressive armor, you better start preparing to head over to the Black Keep and put an end to The Kinscourge.