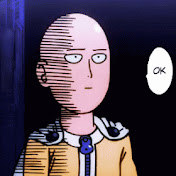 In your journeys across Conan’s forgotten wastes, you’ll be clinging tight to the treasures you obtain. Your thralls, friends, and the piles upon piles of coveted loot. The luckiest of us will be glad to walk away with the Conan Exiles heart of a hero, just hopefully not yours.

I’m not saying your heart isn’t courageous, it’s just that using a Heart of a Hero involves either eating it, sacrificing it to the gods, or turning it into rope, so you’ll probably want to use someone else’s.

We’ll be going over the best places to obtain this coveted heart and the best ways to use it. The Heart of a Hero is found within loot chests in the Isle of Siptah and dropped by minibosses within the unnamed city in the Exiled Lands.

The hearts can be eaten raw to remove corruption, but can also be used to craft legendary tools such as The Bindings of the Dead, which have extremely high durability.

If you’re on exiled lands, you can exchange the hearts at Hanuman’s Grotto for a chance at a silverback gorilla pet or a potion that gives a random buff when consumed.

Obtaining a Heart of a Hero

Getting your hands on this gruesome prize requires less dissection than you probably think. Unlike human hearts obtained via ritual knives for the various in-game religions, the Heart of a Hero is dropped within the inventory of the slain miniboss that yields it. It’s not clear whether it seems to fall out of their chests on death or if they stole it from someone else and it’s falling out of their pockets, but regardless you don’t have to worry about bringing any harvesting tools with you.

In the Exiled Lands, the hearts can be looted from the minibosses of relic hunter groups inside the unnamed city. You’ll find several groups of these relic hunters scattered around the city in groups of 4 or 5, with the miniboss being a larger variant of the regular relic hunter. They’ll have unique names as well as a full set of silent legion equipped (minus the helmet), so they should stick out like a sore thumb.

These enemies can be staggered, but be careful as due to their increased overall size, their range is much farther than usual. If your relic hunter miniboss spawns with a spear, they can be deadly due to the increased reach. Be sure to bring proper armor and healing items before attempting to slay any number of them.

Because you’ll be in the unnamed city, you will be exposed to ambient corruption while fighting many of these groups. While you can consume the hearts on the spot to remove the corruption, farming hearts only to eat them because you became corrupted while farming can seem a bit wasteful. Be sure to either have a dancer thrall nearby or at home to remove the additional corruption so you can keep the hearts for their alternate uses.

It’s worth mentioning that the relic hunters found in these groups also make for fantastic combat thralls and are the best archer thralls you can obtain in the exiled lands, though with their high base health they make for capable fighters as well. Because they’re in such large numbers in the unnamed city, it’s not a bad idea to steal a few of them while you’re there. This is one of my favorite places to build an army for those exact reasons.

If you’re on the Isle of Siptah, finding a Heart of a Hero can be tricky. While not guaranteed, you can obtain them from many bosses as it is in many loot tables, but the odds can be very low. The most reliable source of hearts will be from the generic loot chests. The camps most people seem to have the best luck with are on the Isle of Dawn, though the chances will still be quite rare compared to the Exiled Lands as they are not guaranteed.

Uses for the Heart of a Hero

Once you’ve got your hands on your squishy and possibly still pulsing prize, it’s time to put it to use. The first and most tempting option is to just eat it right then and there. Once consumed, the heart will remove all of your corruption, which can be extremely useful if you’re either unable to keep a dancer in your base for stealth reasons or you’re not interested in crafting cleansing brews.

Since obtaining the hearts will often expose you to corruption, it’s not a bad idea to eat one or two while in the area. If you’re like me, you’ll be farming a lot of thrills from the unnamed city anyways and you likely won’t be using those hearts for anything else, so it can go a long way towards reducing the tedium of spending time in such a corrupted area.

If you’re engaging in any PVP, it’s not at all uncommon for players to use accursed weapons that will inflict corruption onto you when hit. For that reason alone it can be a good idea to keep a few hearts on ice in your home or your forward base during a raid, since having your maximum health and stamina reduced when everything is on the line can be devastating.

But if you’re squeamish or just not interested in using the hearts in that way, you have a few options. One of the stranger ways to put your spare hearts to use is to bring them to Hanuman’s Grotto at H2. This is only an option for players on the Exiled Lands of course, so if you’re currently on the Isle of Siptah this will not be available to you.

The entrance of the cave is covered with crystals and imps, but if you press deeper into its final chamber you’ll find a miniboss along with a large statue of Hanuman. You’ll need to kill this miniboss to operate in peace, but once he’s dead you can turn your attention to the chest in front of the statue.

Essentially, the rarer the heart, the mightier (or at least larger) the gorilla pet you could receive from the chest. Though I should say the final black yeti, the rarest gorilla of all and larger than almost any other pet in the game has some of the weakest combat stats of nearly any thrall.

Gorillas can make for good decoration and if you’re in the early game with a bunch of hearts but don’t have any thralls to carry your things they can help in a pinch, but I’d leave the gorillas for people who need them for roleplay or decorative purposes as they’re largely not worth the hassle compared to other pets.

If you’ve got your heart set on a gorilla friend, they can stack the sunder effect which is extremely useful on bosses, so at least they’re not completely useless.

Bindings of the Dead This is a legendary variant of the regular leather bindings you can make to transport thralls to your slave wheels. The difference between these and normal variants is that these have over fourteen thousand durabilities, meaning you’ll never have to worry about them snapping before you make it home.

The recipe itself is unlocked by exchanging fragments of power at either the forbidden library in the unnamed city or the library within the central tower of the Isle of Siptah.

In the Isle of Siptah, fragments of power can be obtained from a large variety of locations instead of just one. You can obtain them from nearly every boss scattered around the map, shaggai beasts that are found in the center of the map and spawn within the maelstrom, or even from the enemies you can summon at the Pool of the Grey Ones at J4.

Farming them in large quantities is much easier than in the Exiled Lands, and because you’re not forced into farming in any one specific area you don’t have to risk being ganked as frequently as you would in the Exiled Lands due to the unnamed city having an obelisk in its center.

Question: Is obtaining a Heart of a Hero difficult? What level should I be before attempting it?

Answer: No, the relic hunters that drop them can be tackled relatively early on with proper gear and a good thrall. If you’re over level 30 with at least steel weapons you should be fine, just be sure to bring potions. In Siptah you only have to open chests, so if you run fast enough you can collect them from level 1.

Question: Are the gorilla pets exchanged for these hearts worth it?

Answer: It’s debatable. Generally speaking, most pets perform far worse than human thralls as you can’t equip them with weapons or armor, so their damage and durability will always be lower. That said, they can stack sunder which is incredibly important for bossing, and a gorilla is better than nothing. Still, I’d recommend a good Teimos any day.

Question: I have a Heart of a Hero along with the recipe for the bindings of the dead, but I’m having trouble killing the bosses that drop fragments of power to complete the recipe. What should I do?

Answer: Combat is not always necessary for fragment farming. All around the unnamed city are tiny black chests that will give you a fragment of power when you interact with them. If you’re on Siptah, the summoning pools allow you to summon easier enemies to fight that will drop fragments of power among other useful treasures.

The Heart of a Hero on its own can seem like any other organ you’ll be harvesting in your time in Conan Exiles, but the true value of these hearts in particular cannot be understated. They can be a fine meal, a useful tool, or a hairy companion in your hour of need. If you’ve got the desire to obtain them in bulk, you should now be able to farm them to your heart’s content (no pun intended).