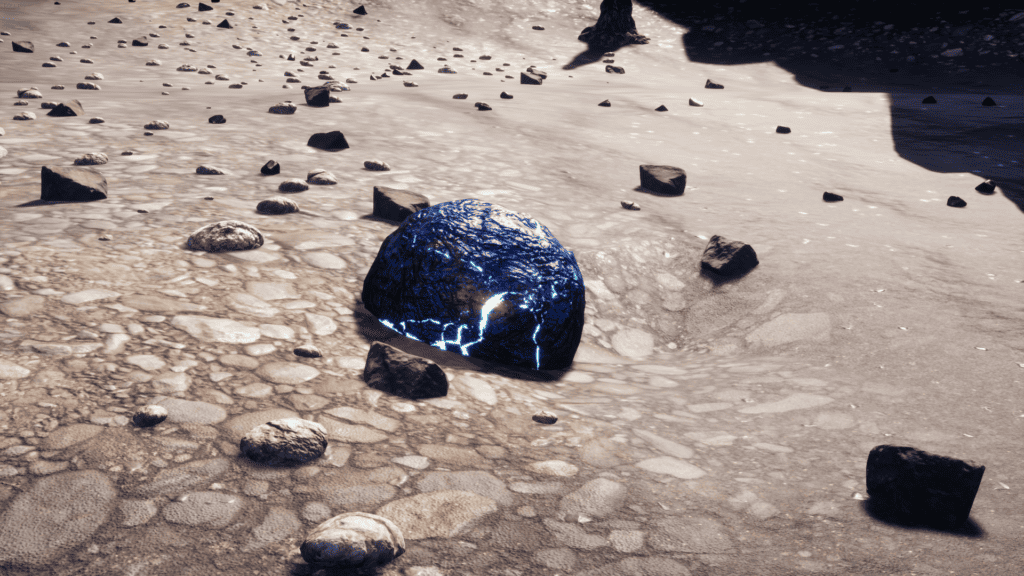 What is Star Metal?

Star Metal is a high-grade ingredient found in some of the most dangerous areas of Conan Exiles. Unlike most other ores, Star Metal is not always available and players must wait for it to fall from the sky in the form of meteorites. They’re easy enough to spot, roaring through the sky with an enormous smoke trail, and they let out an impressive boom as they crash down. The Meteors will destroy player structures and kill creatures, so they can prove dangerous. The Meteors provide Star Metal Ore, an ingredient that weighs 0.13 units and has a maximum stack size of 100, meaning each stack weighs 13 units. 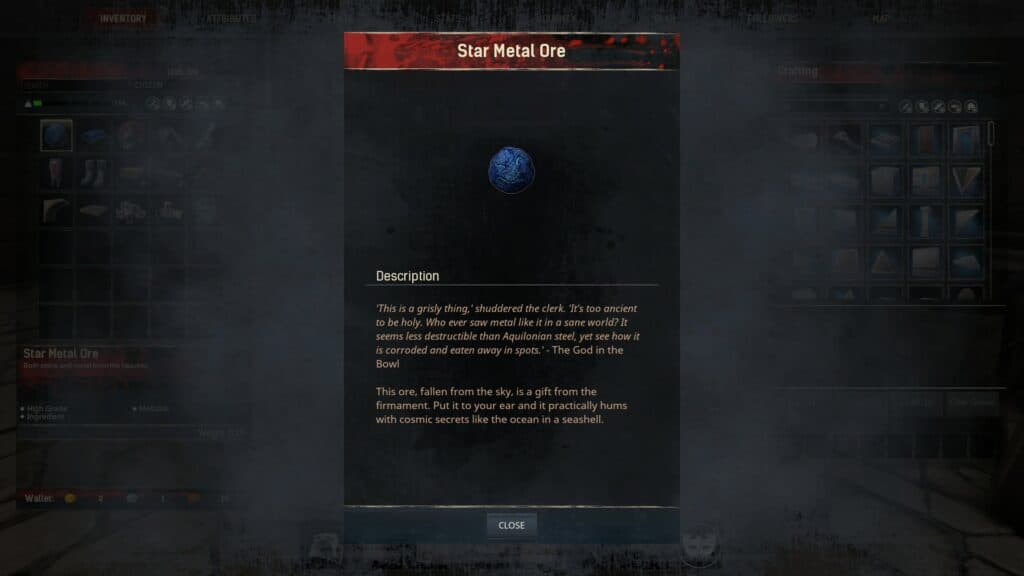 Star Metal is far from plentiful and can become much harder to get than Iron or other ores found earlier in your progression. The first few discoveries of Star Metal can be troublesome due to that scarcity.

What is Star Metal used for?

Star Metal is used for crafting a variety of high-level weapons and armor. With that, let’s find out where Star Metal drops. It is, of course, used to craft the namesake Star Metal weapons and tools, which are regarded as top-tier options for combat and farming that are easy enough to sustain. You can also craft a variety of armors, including Epic Stygian Invaders, Pride of Aesir, Redeemed Silent Legion, and more. Perhaps most importantly, Star Metal is used for crafting almost all end-game Epic quality weapons, many of which are vital for high-level PvE and bossing, or high-level PvP gameplay. It is also vital for crafting various armor and weapon improvements in the Tinkerer’s Bench, many of which will prove vital.

Star Metal is a critical end-game resource in Conan Exiles that is used to craft a massive variety of useful weapons and armors. This endeavor is complicated by the difficulty of finding Star Metal. So, with that being said, let’s take a look at where Star Metal can be found. 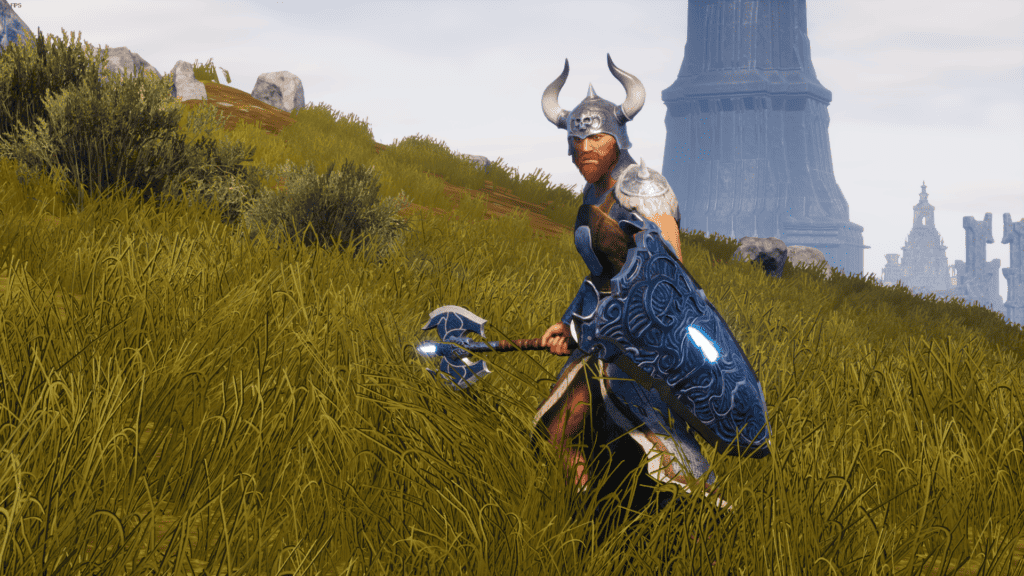 Where can you find Star Metal?

Star Metal drops onto the map in the form of hard-to-miss Meteors. However, it can be complicated to find out where and when these meteors appear, so let’s firstly address the where:

In The Exiled Lands, Star Metal drops on the western side of The Frozen North. This inhospitable area is home to plenty of end-game resources and enemies, so it makes sense that Star Metal would appear here. It drops on two main spots, on the north-eastern and south-western side of the area, though meteors have been seen previously across the general area. This area’s main concern is the arctic temperatures, so you should come prepared with some spicy food. There are also Mammoths, Wolves, and other enemies present in this biome, so fighting off these enemies can also be a concern. 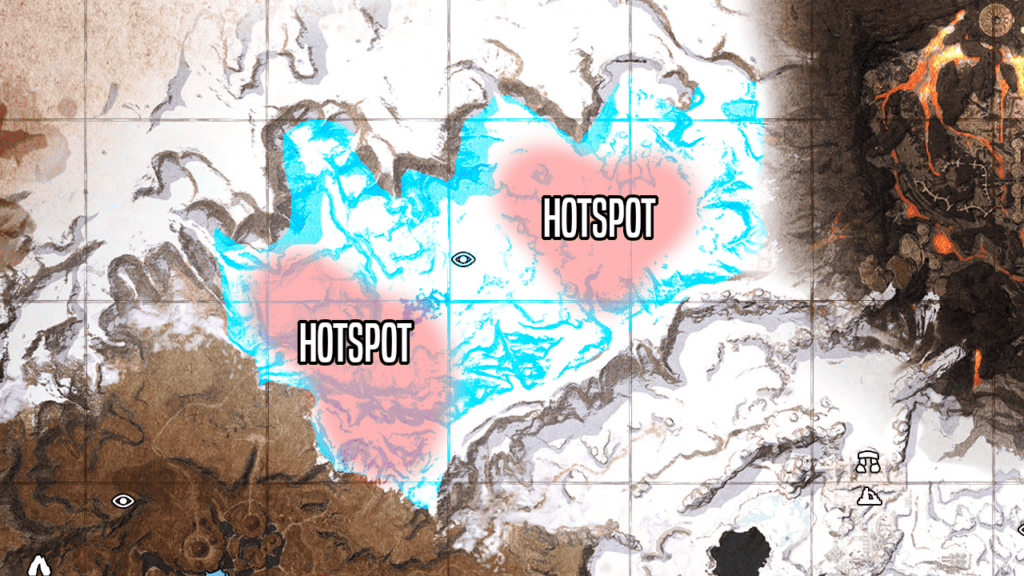 This area of The Exiled Lands is dangerous, in both its environment and its residents. Its danger can help drive other players away from this location, helping you locate these Star Metal meteors in peace.

Whilst there aren’t too many spawns here, each meteor can realistically give around 100 Star Metal ore. You should leave with at least a decent handful, assuming you have the right tools, which we’ll get to soon.

The Isle of Siptah’s Star Metal locations is even more fraught with danger. Star Metal appears in a tight radius around the tower at the center of the map. The Isle of Siptah’s design intends to pull people towards potential PvP hotspots, so this area can be hazardous if you’re on a PvP-enabled server. If you play on a PvE server, things get a bit easier for you, but not much. The area around The Tower is packed with scorpions and undead enemies. If you turn up during a Maelstorm, you’re in an even worse position. This area constantly spawns Lovecraftian abominations. These enemies are horrific to even lay eyes upon, let alone to fight, so definitely avoid this area during a Maelstorm unless you’re prepared to fight. 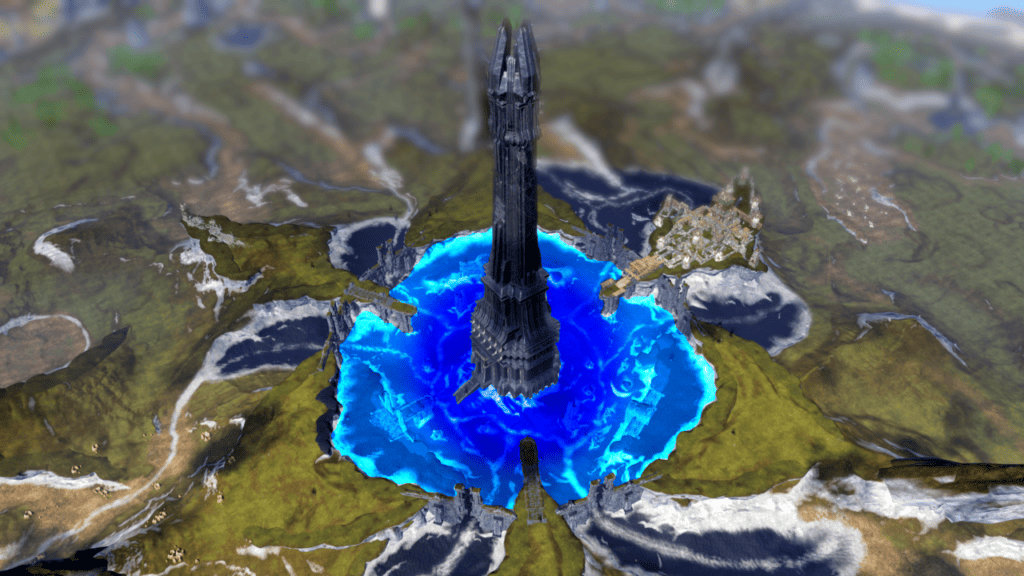 This area can get a lot of spawns of Star Metal Meteors and is also full of Black Ice and Brimstone, two other vital ingredients in the Star Metal smelting process that we’ll cover later. However, the grounds around the tower are fraught with danger and should be approached with greater caution.

As you can see, Star Metal is scarce at the best of times. It also drops in some pretty troublesome areas fraught with danger, demanding that you come prepared for any farming trip. The other side of the coin is how often Star Metal spawns, as it isn’t constantly available, so let’s look into that now.

How often does Star Metal spawn?

Star Metal spawns in patterns, with variables. The following information has been mined from DevKit, a tool available to modders. However, some players have reported that these processes can fall out of sync. This can cause the process to take much longer than otherwise intended. This issue has been reported on servers that are particularly busy or are under phenomenal strain due to the size and amount of player buildings on the server. Whilst this hasn’t been confirmed by Funcom, their work to reduce building spam and deal with massive clan builds on public servers should hopefully alleviate this issue on the servers that it has been reported on. So, with that said, let’s take a look at the intended formula of Meteor Showers.

If a meteor shower appears, the next shower has a minimum 3-hour cooldown, with the next cycle starting at a 2% chance. Every passing 30 minutes rolls another chance at a meteor shower, increasing by 2% until the next meteor shower.

There is also a variable present that will affect how many meteorites spawn per shower. The general number is between 5 and 15, though the logic that dictates this calculation is convoluted and complicated, so it’s generally just best to assume that you’ll get between 5 and 15, depending on how lucky you are for each roll of the dice.

How do I harvest Star Metal? 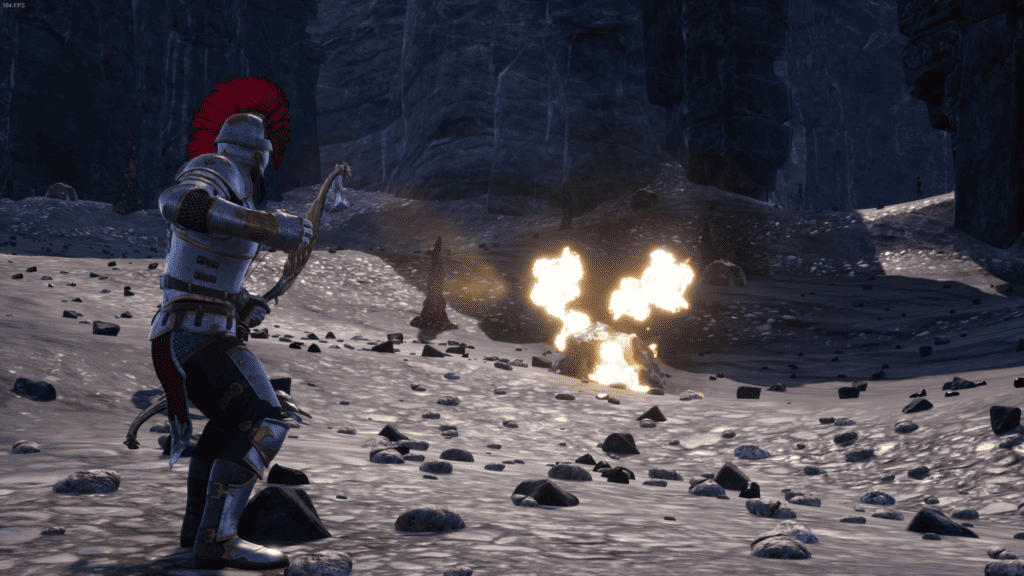 So you’ve finally reached a Meteor! You’ve successfully tracked one down and survived the impact, but now you’re confronted with a new question: How do I open it? Much like everything else so far, Star Metal is a bit different from other harvestable resources, so let’s take a look at what you’ll need to crack them open.

Firstly, a few pre-requisites. You will need access to Steel Tools as a minimum requirement to even harvest Star Metal. You’ll also need Explosives, and you may also need some Grease Orbs. Depending on your choice of Explosive, you’ll need either a minimum level requirement of 35 or 49, and of course, you’ll need to unlock the feats that provide access to the aforementioned tools.

When you have the correct tools, it’s time to crack open that meteorite. There are two components of Star Metal, the hard outer shell and the ore within. The outer shell can only be cracked open with explosives. The good news is the shell only has a single hit point, meaning any explosive available to you can open the shell.

That being said, this feature is often bugged and has been for a while. This bug is mostly influenced by your location. If you fire an arrow or set off an explosive and the shell is still intact, try approaching from a different angle. Some players recommend using Grease Orbs to coat the shell in oil, which can improve your success rate if you encounter a bad angle, but this step isn’t strictly required. 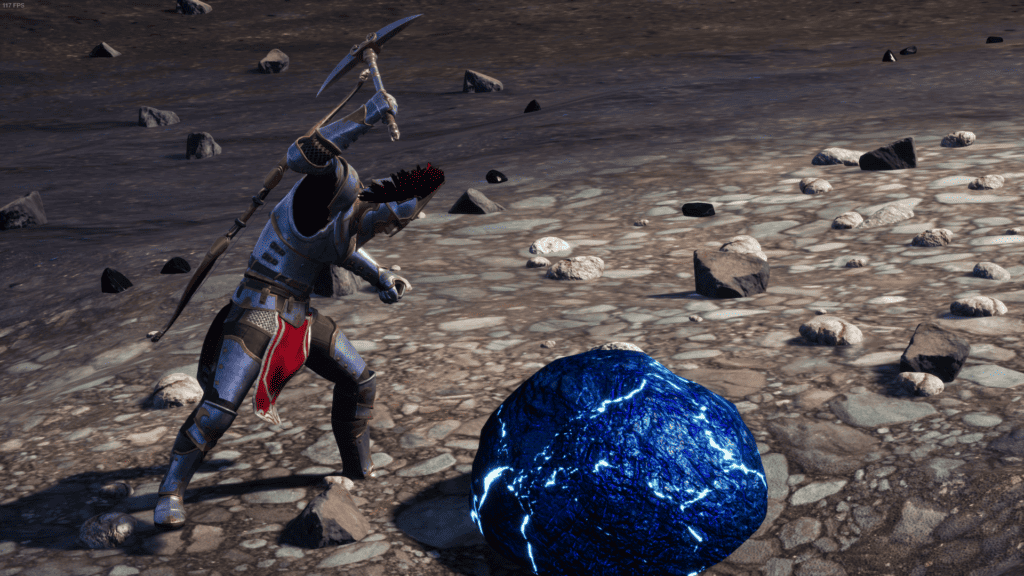 Once you’ve cracked open the shell, you now have access to the ore inside. Again, you’ll need at least a Steel pickaxe, but you’ll want to use the best tool available to ensure you can. In my testing, I used a Hardened Steel pickaxe and received a whopping 263 Star Metal Ore from a single meteor. This is quite generous, as I managed to get quite a lot of hits on the meteor, but having better tools will always provide you with even more of this extremely valuable resource.

How do I process Star Metal?

Smelting your Star Metal down into bars is a pretty simple process. You’ll need 2 Star Metal Ore, 1 piece of Brimstone, and 1 piece of Black Ice for each Star Metal Bar, which takes 20 seconds to craft in a regular furnace. Of course, you’ll also need to have unlocked the feat required to craft Star Metal Bars to smelt them.

This ratio is pretty forgiving, and given how easy the other two ingredients are to attain, you can assume that every 2 pieces of Star Metal Ore will provide you with one Star Metal Bar to make your calculations easier. The various furnaces available in-game will provide different buffs to either your crafting time or fuel, and the decision on which is better is really up to you. If you take the Heat-Efficient Furnace for the crafting time increase, you’ll manage to smelt a Star Metal Bar in 4 seconds, which is great if you need a lot of Star Metal quickly. However, if you’re not on a strict schedule, the fuel cost reduction of the Fuel-Efficient Furnace is a great option for reducing your costs where possible. 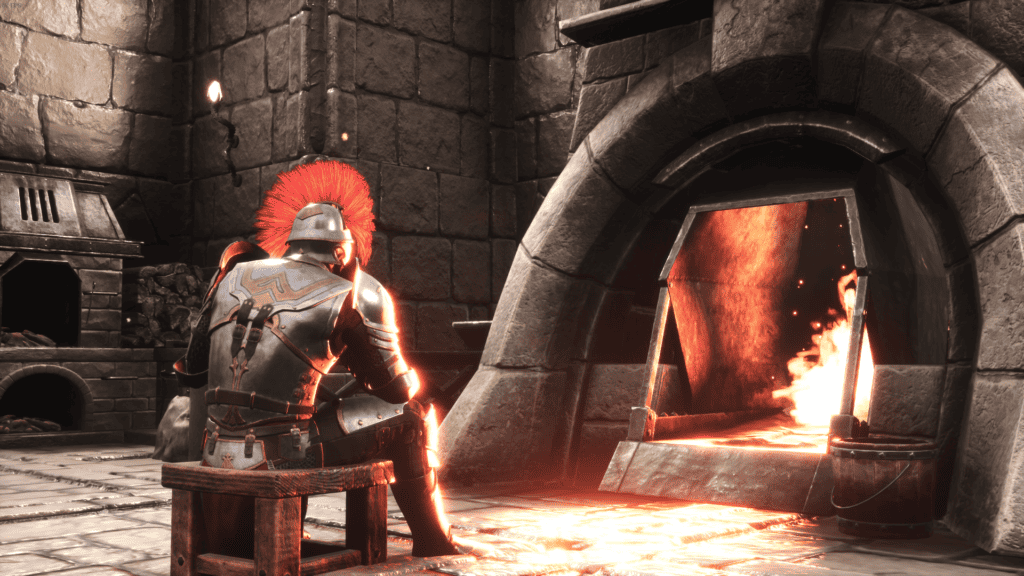 Question: Does Star Metal drop from any enemies?

Answer: As far as I know, it does not. Star Metal is one of the rarest and most sought-after materials in Conan Exiles. It’s pretty much restricted to its intended method of acquisition, which in my opinion is a good thing. Some players have reported getting small quantities of Star Metal from Dungeon rewards on Siptah, and it is possible to acquire some Star Metal weapons from high-level enemies in certain areas like The Mounds of The Dead. However, if you’re looking to acquire any meaningful amount, you should stick to the intended farming method.

Question: Are there any tools that are better than Star Metal?

Question: Are Star Metal weapons worth the effort?

Answer: Yes. Star Metal weapons are pretty good, especially compared to Steel or Hardened Steel. They’re perfectly serviceable in most applications and will provide a solid option for you to use in combat. Some players prefer Legendary weapons instead, but these options do require Legendary Weapon Repair Kits to repair rather than just resources, which can complicate the process. Choosing your favorite weapon is generally a subjective trial and error process.

So now you know everything you need to about Star Metal. Glorious blue ore sent down from the stars above, you can now blow them apart, strike hard with your pick and set flame to the ores, creating powerful ingots of supreme potential. Farming Star Metal can be tedious and painful at the best of times, but this guide should set you up well to get through this grind and become the top-tier Exile you’ve always dreamed of being. Best of luck!