Do you ever wish you could start over? You could choose a different career, hobby to master, or degree to earn in school. It would certainly make life more interesting if we could change our progress at the snap of a finger, but we all know there is more to it than that.

It may take quite a bit of effort to reset in real life, but it takes nothing more than drinking a potion in Conan Exiles. If you’re looking to change your ways, look no further than the yellow lotus potion.

It can be frustrating placing skill points as a new player. They have a short description of what they do, but other than that, it’s very difficult to tell which you will need.

It is even more frustrating if you think you are making permanent decisions because you don’t know the yellow lotus potion exists. Hopefully, learning a little more about this potion will make your skill points choices easier and a whole lot less stressful.

If you’re struggling to connect with your character, survive in combat, or even carry something heavy, this potion is the one for you. Each lotus potion affects stats differently, but the yellow lotus potion is the only one to reset them completely. The potion also resets all of the points spent in feats.

The first step in crafting the yellow lotus potion is to collect the yellow lotus flower. These flowers grow throughout the entire map next to rivers, but the fastest spot to grab some are the banks and islands of H4 and I4.

The recipe for the yellow lotus potion is no longer at the firebowl cauldron. Instead, you’ll need to put your yellow lotus flower in an alchemist’s bench to craft the potion.

After that, all you’ll need to do is drink the potion to reset your stats and feats. Be cautious if the game has just been patched, the potion has been known to erase valuable recipes that are found in the world and shouldn’t be included in the feat reset.

Where to Find Yellow Lotus 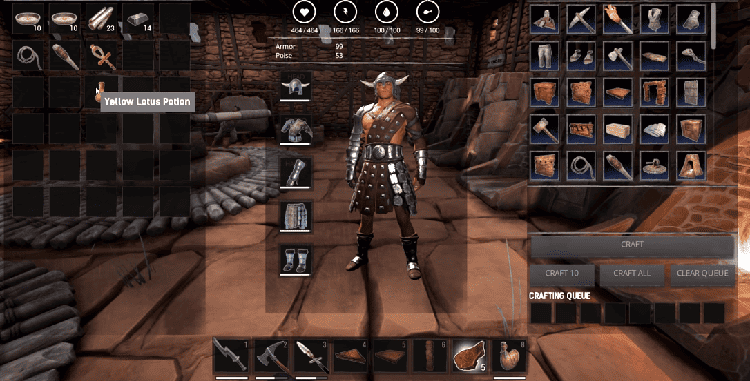 Yellow lotus is a small yellow flower on a big green plant that grows near rivers all over the map. For low-level players, yellow lotus can be found all along the southern river in the beginner area.

Specifically, try looking in H4 and I4 around the banks. The flower can be found both on the shore and on the islands in these coordinate blocks. Clearly, Funcom wants you to have access to this potion early on, likely because it’s pretty easy to make game-breaking mistakes with your stat tree that you’ll want to correct quickly.

If you’re a little further north, try Telith’s Island in H8 or in between Ravaged Barrows and the Cursed Mound in B11. These are the densest locations of flower spawns, but they are also scattered throughout the jungle, and even in the frozen north around the Exiled Land’s waterways.

How to Get The Most Yellow Lotus

As with any plant node, you’ll need to craft a sickle to make the most out of your time. You can harvest yellow lotus with your hands, but a sickle harvests more items per plant than your hands could. This includes bugs and other drops that you may find in a yellow lotus plant.

The better grade of your sickle, the more you’ll harvest from each plant. Lotus flowers store much longer than the potions will so wait to craft your potion until you’re ready to clear your skill points. Seriously, the potion will only last in your inventory a couple of minutes.

The bench will only cost you 50 stone, 100 wood, and 10 iron bars. You will need a furnace to turn iron ore into iron bars, but if you’ve learned iron tools, you’ve probably already crafted a furnace. Place the bench next to your firebowl cauldron, grinder, and fluid press if you have them.

Yellow lotus potions used to be crafted at the firebowl cauldron, so if you’re getting mixed up, it’s because they’ve been moved to the alchemist’s bench.

Be wary, the potion degrades quickly in your inventory. 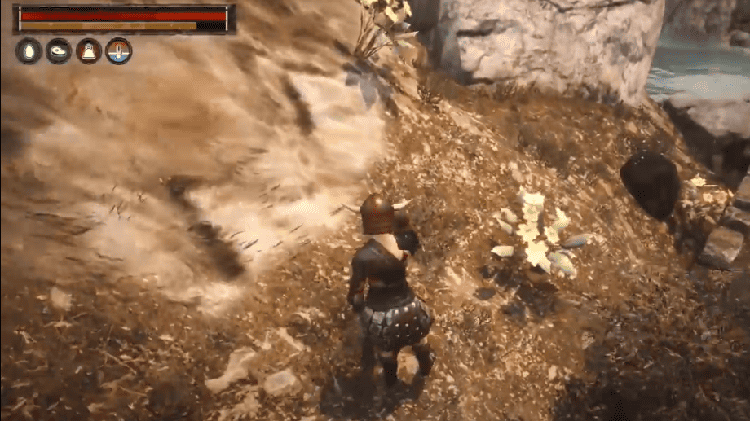 Now all you’ll need to do is drink one to reset your stats and feats! The potion is perfect for trying out new builds in the early game, but it can also be used by experienced players to just re-spec for a particular situation.

You may want to tank a dungeon for your friends, do a run as a ranged player, or have a traveling build with high encumbrance and survival. Respeccing can be a bit of a pain, but it opens up all facets of the game for high-level players.

The stat tree in Conan Exiles is not just about increasing specific attributes, but also about investing in perks.  Perks are special passive bonuses learned by dumping points into a stat.

The better a perk, the more points required in that stat. If you spot a perk you want to try out, all you’ll need is a yellow lotus potion to give it a go. Just try to remember how you had your build set up originally in case you decide it wasn’t worth it.

The potion also resets feats, which means with plenty of yellow lotus flower, you can craft anything in the game. There’s no need to get tunneled down into weapon building and go without upgrading your base.

If you are a solo player it makes a lot of sense to keep some yellow lotus flower around for re-rolling your expertise and building a more well-rounded base.

A Word of Warning: Yellow Lotus Potions and Found Recipes

Gathering recipes in Conan Exiles is a big deal. Besides just making life easier with the new items the player can craft, learning rare recipes is a measure of progress and clout. Valuable recipes are buried in the hardest-to-reach locations and teach everything from crafting epic armor to a new fish trap.

After a new patch, you should be especially wary of using the potion to re-roll. Some seasoned Conan players won’t touch the stuff until they’ve made a less important character choke some down first. Even the most powerful kings and queens had food tasters right?

What Was in That Flower? 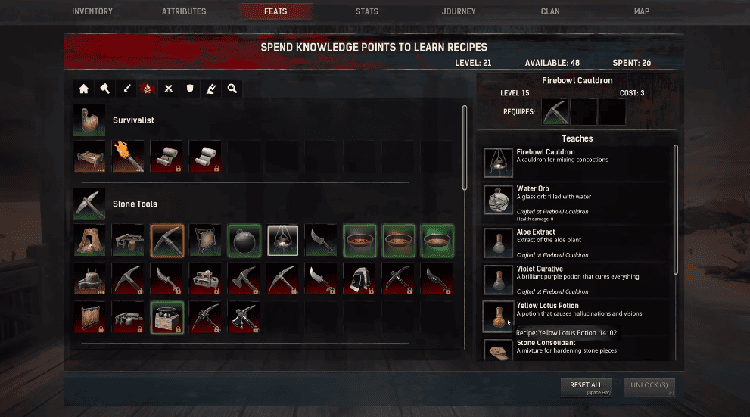 Can you imagine drinking a potion and forgetting everything you ever learned short of running around? Your exile must truly be confused after they drain one of these. Growth is pain, and re-rolling their stats will be the least of their problems out in the Exiled Lands.

The yellow lotus potion is one of the game’s most unique and useful items. Resetting your character to square one without any consequences is a small gift in a world of danger and the ability to correct your mistakes is only the beginning.

Yellow lotus potions can be used to change your crafting expertise and learn new feats to explore any recipe you want. They can also be used to hone in on different perks and to push stats into different builds for a variety of play styles.

Question: What does the Yellow Lotus Potion do in Conan Exiles?

Answer: The yellow lotus potion resets both your skill points and points invested in feats. Use it to re-roll your character completely.

Question: How do You Unlock the Yellow Lotus Potion?

Question: What do Lotus Potions do in Conan Exiles?

Answer: Lotus potions affect stats. The yellow lotus potion is the only one that resets your stats.

Question: Where do I Find Yellow Lotus?

Answer: Yellow lotus can be found in many places near waterways in the Exiled Lands. Try looking on the banks of your closest river, or check out the river in H4 and I4 for some guaranteed yellow lotus spawns.

Question: Will the Yellow Lotus Potion Reset My Found Recipes Along with My Learned Recipes?

Answer: It’s not supposed to. Unfortunately, every once in a while it does. It’s best to try the potion on a secondary character if there has been a recent patch.