So, you want a big cat that makes a statement. You want a best-in-class, top-tier feline, and you’ve got the stats and gear to go get one. Well, look no further than the greater sabretooth. To raise a greater sabretooth, you will likely need several sabretooth kittens.

Depending on who you ask, the sabretooth cat is considered the top damage dealer among animal companions. This makes them one of the best in-game, depending on how you play.

Their long, serious teeth and bulky build are only bonuses to having such great stats and damage-dealing ability. They are truly cool-looking cats with the bite to back them up.

TL:DR: How to Get Your Very Own Giant Toothy Cat

To raise a sabretooth companion, you’ll need a sabretooth kitten. You can find these cubs west D13 or East C12 in the frozen north area of the map, but you’ll need cold-weather gear or food to get to them.

You’ll also need to be at a decent level with decent gear just to handle the mobs. Recommended level is 40-50 for the frozen north, but that all depends on how brave you are.

Once you’ve got the kitten, take it back to your animal pen and feed it either shadespiced fatty meat or raw pork, depending on whether you have access to shadespicing. These meats will give you the best chance to craft a greater sabretooth, which is what you’re after of course. 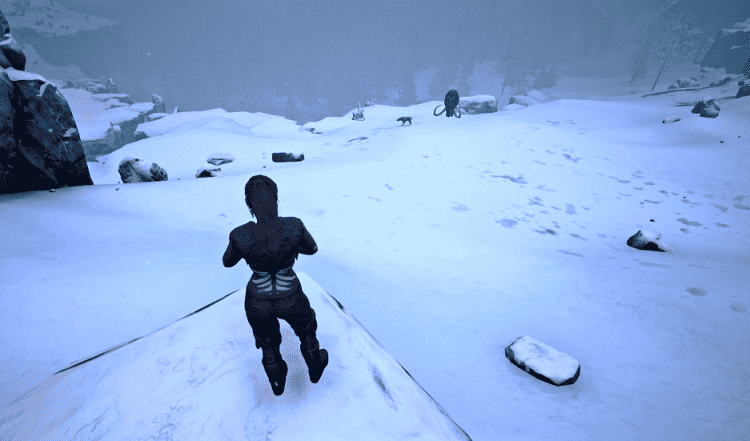 If you’re only blowing through for the kitten, the easiest way to accomplish this is to get good and drunk. Brewing drinks that combat the cold with the fermentation barrel, or cooking foods to keep you warm with the oven, is the easiest, low-level friendly way to traverse the frozen north.

Some quick and easy cold-defeating drinks to make are firewater and honey whiskey. Firewater is made by combining 1 purified water, 15 brimstone, and 5 leavening agent. The “difficult” item here would be brimstone, but as you have to collect plenty for steel production, I always seem to have some on hand.

If you spend your time adventuring in higher-level areas, honey whiskey is a solid option to keep you warm in the north. To craft honey whiskey in the fermentation barrel, you’ll need 1 purified water, 10 leavening agent, 1 honey, and 2 raw ash.

A couple of notes: The food and drink buffs stack, so best to make some of both. Also, avoid drinking normal water while in the frozen north, as it applies a “cool down” stat which isn’t very helpful when you are trying to stay warm. Better to take purified water, which only quenches thirst.

Take your skinning knife to the highlands, you’ll need to skin beasts that live in this area or further north for fur to make your very own cold-weather gear. Keep an eye out for elk, boar, wolves, and even yetis. If you are outside of these zones, you can also skin lions for fur.

While you could make yourself a medium set of Vanir armor with this fur that provides a small cold resistance, it’s a better idea to craft a heavy or epic Vanir armor set, which is why I recommend this method for higher levels.

These add more effective levels of cold resistance, with the epic Vanir armor allowing an adventurer to trek the frozen north without special food or drink.

Where to Find a Sabretooth Cub

Now that you’ve got the gear, or just gotten drunk, it’s time to head out in search of your very own sabretooth kitten. You can find kitten spawns in western D13 and eastern C12 and C11. Some are located in small caves, with their parents on-guard close by.

These animal offspring are difficult to come by and may require killing off the parents and waiting several minutes for the spawn to reset. If you are in single-player, keep in mind that running outside of the render area may erase your effort.

I find it better to wipe the sabretooth pride and wait in the render area for 15 minutes for it to respawn with (hopefully) kittens.

You may also find sabretooth kittens in the midnight grove if all else fails. The grove is also where you harvest shadespice. Shadespice is required to craft the kittens’ favorite food if you want to kill two shoebills with one stone.

How to Raise a Greater Sabretooth Companion

Once you’ve found your kittens, it’s time to get them back to your animal pen. Same as other animals, you’ll only need one item of food for each kitten to start the crafting process once in the pen. It is important what kind of food this one item is because it will increase your chances of getting a greater sabretooth cat as a companion.

Sabretooth kittens like shadespiced fatty meat, or if shadespicing isn’t worth your time, raw pork. Once your kittens have consumed the meat of your choice, I would remove the stack.

If you do not, once the kittens become adults they will start consuming the expensive meat and creating dung. There are surely cheaper ways to get dung.

What to Feed Your New Cat 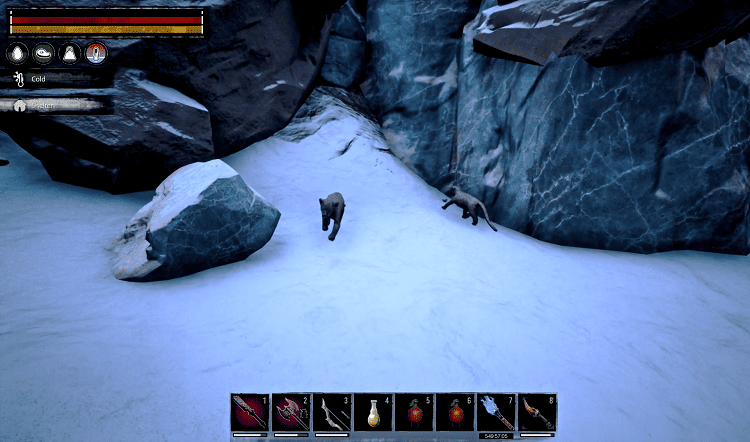 You’ll need to leave some meat in your new sabretooth’s inventory while it levels if you want to get the most out of your new cat. I like my sabretooth tigers to be absolute damage bombs, and for that, you’ll want to increase their strength while they level.

Abysmal flesh increases strength by the most each level, but as it can be irritating to keep stocked, you may find yourself feeding exquisite meat.

You can head down to the bottom of the Dregs and farm the abysmal remnant for your abysmal flesh, or you can shoot a few kudu bucks to stock up on exquisite meat. Exquisite meat increases both strength and vitality, which may serve you better for PVE purposes in the long run.

Sabretooth tigers don’t just look deadly in Conan Exiles, they hit like a truck as well. Sabretooth begin their move-set with a leap attack that both knocks down the opponent and applies a bleed. They can use an evasion move and attack from the side, though they are not as quick as panthers, and definitely not as speedy as wolves.

You cannot stagger a sabretooth in Conan, so their attacks are relentless and unpreventable unless you kite or kill them. Where other pets may apply more debuffs, the sabretooth’s strength is its, well, strength. Its attack is the highest of the big cats and the bleed effect is just for fun.

High armor is also a benefit of owning a greater sabretooth. Once they are max level, they are tough cats to bring down.

They are a nice companion for PVP because of their big damage output and their initial knockdown/bleed attack. Your opponent will be shortly knocked down, and then unable to heal for up to 20 seconds.

They are nice companions for PVE for the same reasons, with the added bonus of their high armor for survivability.

Question: Where Can I Find a Sabretooth Kitten?

Answer: The kittens roam near their parents in the frozen north and throughout the snow biome.

Question: What Level Can I Reasonably Survive the Trek to Get a Sabretooth Kitten in the Frozen North?

Answer: Level 40 is about the lowest I would attempt it with anything valuable on me. The mobs in the area are 40-50.

Question: Will I Need Any Special Gear to Go Get My Kitten?

Answer: Yes, you’ll need something to fight off the cold weather.

Question: What’s the Easiest Item to Make to Get Me Through the Frozen North?

Answer: Firewater is arguably the easiest item to make, with brimstone being its main ingredient.

Question: What Should I Feed My Sabretooth Kitten Once it’s Back in My Animal Pen?

Answer: If you’d like to try for a great sabretooth, you should feed it either shadespiced fatty meat or raw pork.

Question: What Should I Feed My Sabretooth Once it’s Fully Grown?

Answer: While leveling your sabretooth you’ll want to feed it either abysmal meat or exquisite meat to supplement its strength.

Question: What Should I Feed My Sabretooth Once its Max Level?

Answer: Their first attack is a knockdown that applies a bleed.

Answer: In the game’s current state, a thrall is the best for PVP. A sabretooth is a great animal companion for PVP if that’s how you want to roll.

What Big Teeth You Have

So to wrap it all up, your new sabretooth kitten was a great choice. Not only will it grow up to look absolutely dangerous, but if you level it to max level with a little consideration, it will be. Don’t tell the lions, but they are the actual kings of the Exiled Lands.

It may have been difficult to find a kitten, a real adventure actually, but if you wind up with a greater variant you’ll have one of the best pets in the game. If you don’t, I guess it’s time to head back into the snow. Good luck and don’t drink too much fellow Exile!